Brake on the destruction of Ios 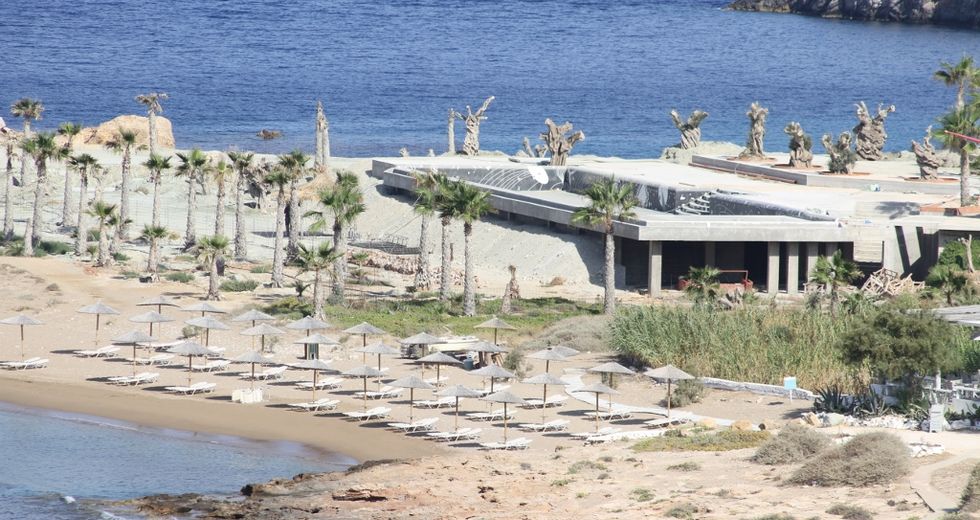 The European Court of Justice rejects the accusations of the businessman who wants to build a five-star tourist complex on the beaches of the island, calling on the CoC to examine the substance of the appeal for environmental violations.

The environmental licensing of a huge, complex tourist accommodation in Io is in the air after a recent decision of the Court of Justice of the European Union, to which the Council of State had referred questions.

This decision not only temporarily puts a brake on the ecological disasters of the last decade for the benefit of a particular company by giving a resounding response to the ministerial decisions of all recent governments, but is mainly a legal weapon to combat the “culture” of statute of limitations. the country.

Let’s start from the beginning. As we had highlighted in a series of publications (“Ef.Syn.”, 18.8.2019, “Business interests besiege the beaches of Ios”, 22.4.2019 “The occupied areas of Ios”), in the location of Koumbara of Ios, in an area of ​​recognized natural next to a beautiful beach, the construction of an entire five-star tourist village has begun by the company “105AE” of the businessman and former Wall Street stockbroker, Angelos Michalopoulos.

The privatization of Koumbara beach and the island of Diakofto was favored by laws of the Samaras government (L.4179 / 2013) but also by the signing of a joint ministerial decision for the concession of the seashore in December 2016 by the SYRIZA-AN.ELL government.

On February 19, 2016, residents and organizations of the area, including the Association of Realtors, filed a lawsuit for the privatization of Koumbara beach and specifically for the environmental conditions for the project (includes 249-bed hotel, furnished tourist residences, spa rejuvenation center and related projects to support the main project).

The businessman’s side then appealed to the Court of Appeals, citing the statute of limitations of the case and that the application for annulment, which is directed against the ministerial decisions, is overdue because “it was filed 60 days after the decision was posted on the Ministry of Environment website”.

The first five-member panel of the CoC referred the case to a new seven-member panel, which in turn avoided answering whether the substance of the case should be examined and sought the assistance of the European Court of Justice (preliminary ruling), where the case was heard. on March 27, 2019.

The judgment of the European Court of Justice (Case C-280/18) rejects the businessman’s allegations and obliges the Council of State to examine the substance of the case. The wider significance of this decision is that it gives great importance to the opinion of the local community and especially states that “when the public does not have the opportunity to participate effectively in the environmental impact assessment of a project, it should not meet the deadline for redress against the decision on its licensing “.

In other words, the European Court of Justice has ruled that the national rules for the famous deadline of two months from the posting of a decision on the Internet for an appeal are contrary to Community Directive 2011/92 and should therefore be revised.

In addition to the specific work of Ios, it is decided that the posting in the branch of the regional administrative authority, which is based in Syros, of the Environmental Impact Study in 2013, even if accompanied by a publication in a local newspaper of Syros, “does not seem to contribute sufficiently to informing the public concerned “.

The Decision of Approval of Environmental Projects (AEPO) for the complex tourist accommodation of the Minister of Environment and Energy and the Minister of Tourism was issued a year later. It is worth noting that, despite the negative opinions of the competent services, the approval for the creation of a tourist village was signed together with their accompanying projects and environmental conditions in two different areas, in the Diakofto Peninsula and the opposite area of ​​Koumbara, in a total area of ​​275 acres, out of plan, of which only 129 have been designated as rural and the rest as grassland or rocky areas.

At the same time, the project included the construction of a bridge (“traffic deck”) over the “low and narrow” neck that connects the two areas to serve the tourist village, as well as a series of projects on the coast, between them and two artificial beaches.

Following the appeals, the CoC suspended the work with a temporary order, which in practice was not implemented. The conclusion of the environmental inspectors has already identified 15 serious violations of the company in this project. According to information from “Ef.Syn.”, After new personal complaints and lawsuits with photographic documentation for illegal work, the work on the island of Diakofto stopped after a recent decision of the competent prosecutor of Naxos. 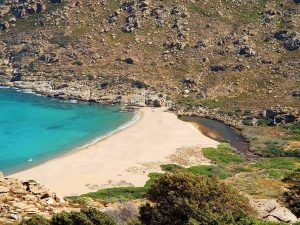