Dimitris Foutris: “Development that protects the environment is one way for the Cyclades” (5/9/2022) - 30/04/2022 DIMITRIS SPYROU Immediately after the completion of the first phase of the Ios Art Residency, the artist and curator of the program talks about this new and interesting initiative. The event, held for the first time this year by the Save Ios association, aspires to include the island of Ios in the Greek art map, bringing to the fore… Read more 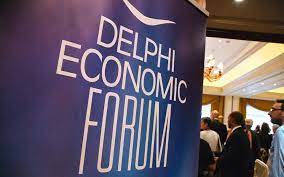 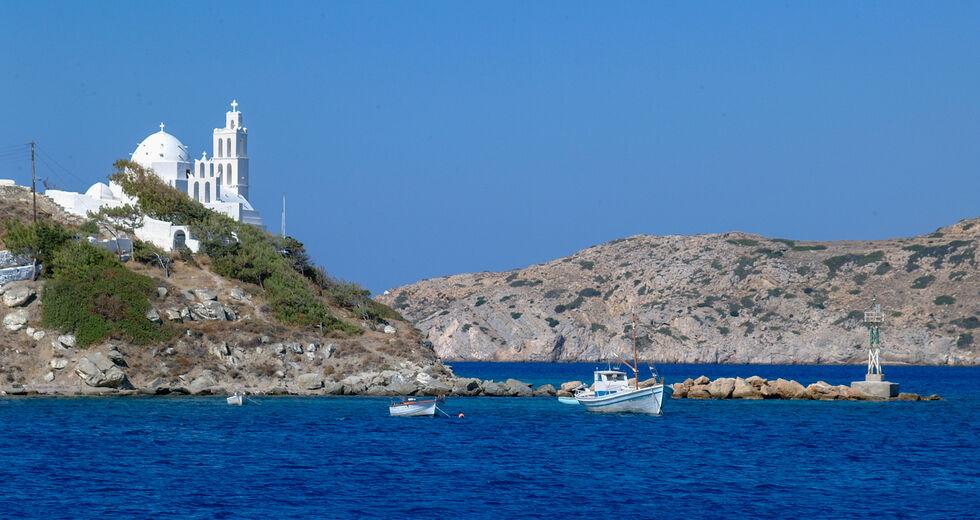 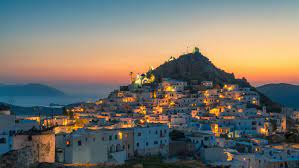 The elections (that do not come before) in Autumn, the lover of Psychiko, the drama with the soaps and the miracle of Ios (5/9/2022) - - Rejoice, as the days go by, the ferocity of the war in Ukraine is manifested and (unfortunately) this is how it would be, since Putin did not manage to end it within a few 24 hours. However, the general feeling they get in the West is that the Russian president is trying to put himself in as favorable a… Read more 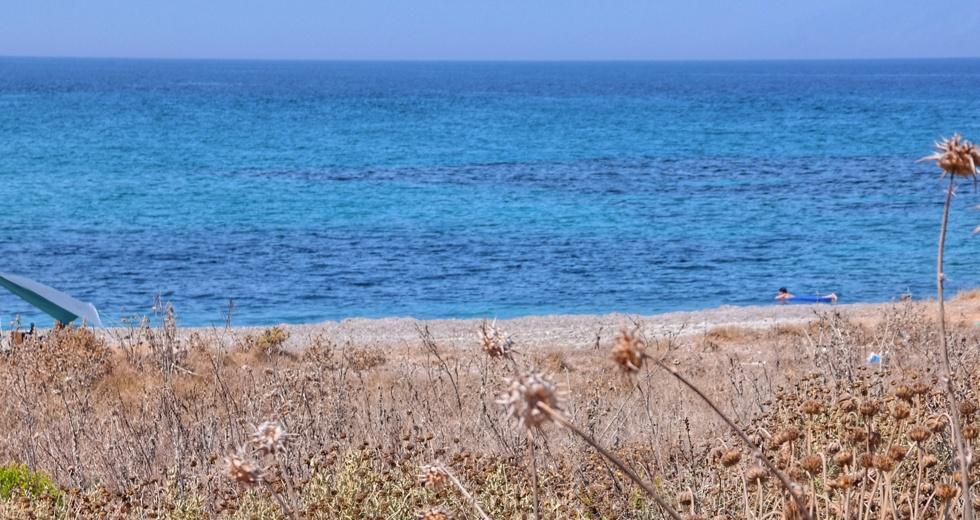 105 SA and Mr. Michalopoulos (2/2/2022) - Letter from our association published in EfSyn, one of the main Greek newspapers, on Friday, January 28. In that letter, we explain the close relationship of Mr. Michalopoulos with the company 105 SA, the legal representative of which received a 16 month suspended jail sentence in December 2021 for violations of environmental law. EfSyn had published an article about the court decision on December… Read more 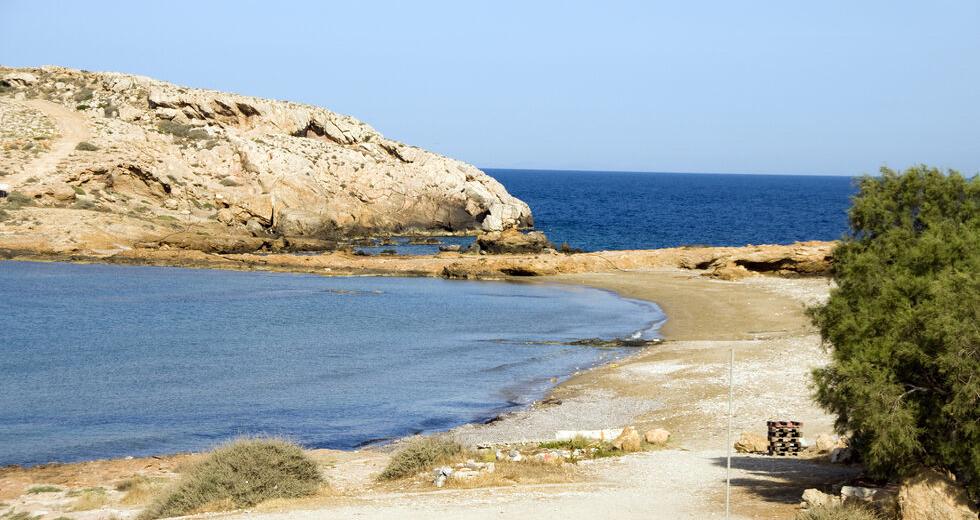 Jail sentence for company, victory for the environment (1/10/2022) - Good news for the effort to save Ios. A court in Naxos imposed a 16-month suspended prison sentence for environmental disasters in the Koumbara area of ​​Ios, thus affirming that the development sought is to the detriment of the environment and the public interest. Our union "Save Ios" appeared in court to support the accusation. The three-member Court of First… Read more 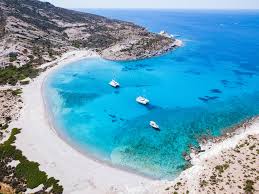 Strategic suicide (12/15/2021) - MICHAEL G. IAKOVIDIS 12.12.2021 • 21:04 The recent strategic investment law could have significant political implications. The government has lowered the bar on what it calls "strategic", remaining vague about the expected benefits, with no real connection to sustainability. The intention is understandable: immediate approval, at times that do not even allow for the open consultation required by the EU.… Read more

Strategic choices and pretexts in sin (9/21/2021) - "Very good article by Michalis Iakovidis on strategic investments. The article points out that if some investments receive state subsidies, they should have significant positive consequences for the national economy, which the investor CANNOT reap. This is a basic principle of economic theory, but unfortunately does not apply to the state subsidy regime in Greece. The article cites two examples.… Read more

Michael Iakovidis: Tourism in Greece after the coronavirus shock (1/4/2021) - In 2020, the dependence of our economy on tourism appeared in relief and pain. Globally, the crisis has raised existential questions about tourism. On the demand side, the trend is towards seeking experience, authenticity and quality, especially from teams that have the ability to contribute financially. In terms of supply, in many countries governments are taking the opportunity to rethink… Read more

Ios: General rehearsal for the privatization of the landscapes of special natural beauty of the Aegean? (12/18/2020) - New illegal roads on the island ● The ... investors of Ad. Georgiadis continue unabated environmental disaster ● Members of environmental organizations, such as the Italian professor Andreas Bosco, who denounce the interests, are in danger of being expelled from the Greek State The revelations of "Ef.Syn." Reach the Parliament for the timeless environmental destruction of Ios by uncontrolled business… Read more 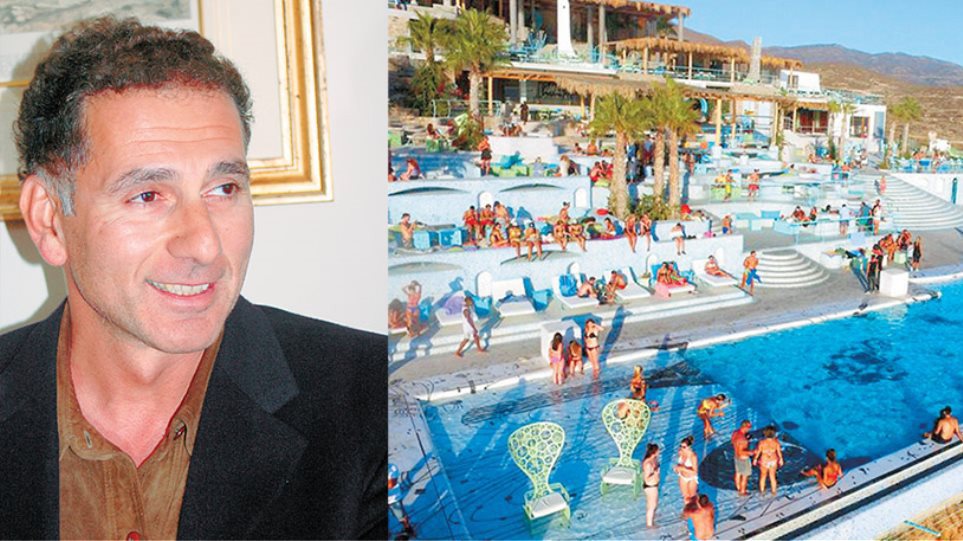 Ios: The investment that aspires to change the image of the beautiful island of Cyclades (10/23/2020) - Article-hagiography of the First Issue for the investor who has done the environmental disasters that we highlight on our website. The development evangelized for Ios will be profitable for him and his co-investors, but to the detriment of most of the other inhabitants of the island. Fortunately, most of the comments below the article put the issue in its proper… Read more 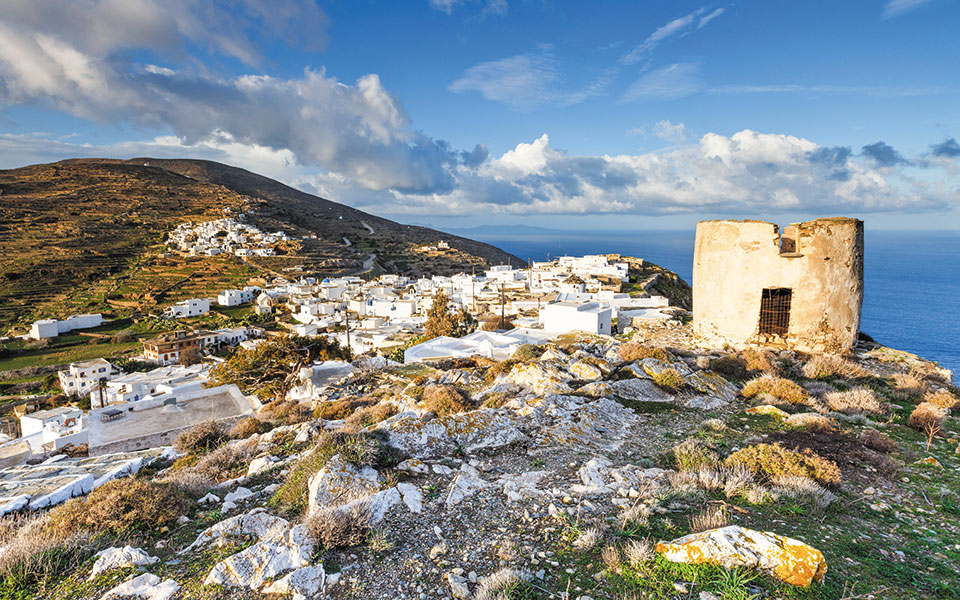 Tourism and environment, time zero (10/23/2020) - A letter signed by 60 important personalities and friends of Greece, covering a wide range, from environmental protection and culture to trade, industry, shipping, services, tourism, construction and the world of science and of art, as well as mayors, was sent on Tuesday, October 6, 2020 to the Prime Minister. The letter points out the dangers of recklessly promoting investment… Read more

The adventure of Ios: interview with Dimitris Vagianos (9/1/2020) - In Greece, the whole adventure of man is in miniature, it is engraved in everything that surrounds us. Nikos Kazantzakis aptly writes "the face of Greece is a palimpsest of twelve main layered writings, of the Stone Age, the Aegean, the Mycenaean, the Doric Middle Ages, the Classical era, the Hellenistic era, Rome, Byzantium, F Ottoman rule, the Twentieth century… Read more 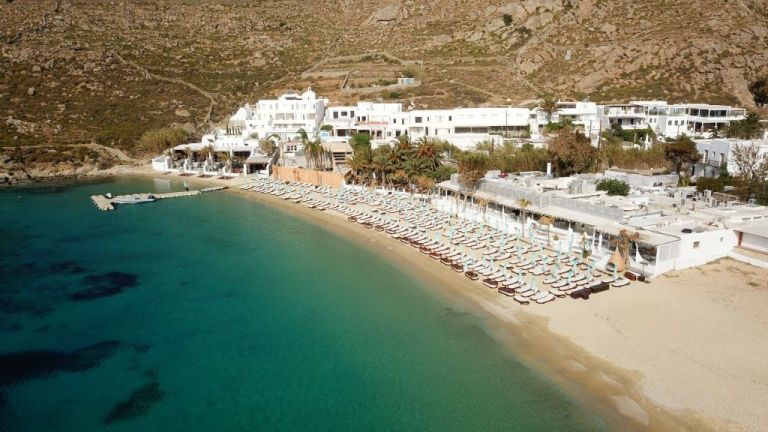 “Green light” for eight strategic investments (7/27/2020) - https://www.tanea.gr/2020/07/15/economy/prasino-fos-gia-okto-stratigikes-ependyseis/ Date 15 July 2020. The Interministerial Committee for Strategic Investments approved three new investments for Ios. One of them concerns the construction of two complex tourist accommodations in the wider area of ​​Raches Pappas. That is, where the protected wetland has been destroyed and streams that fed it have been crushed. Another concerns the construction of a complex tourist… Read more 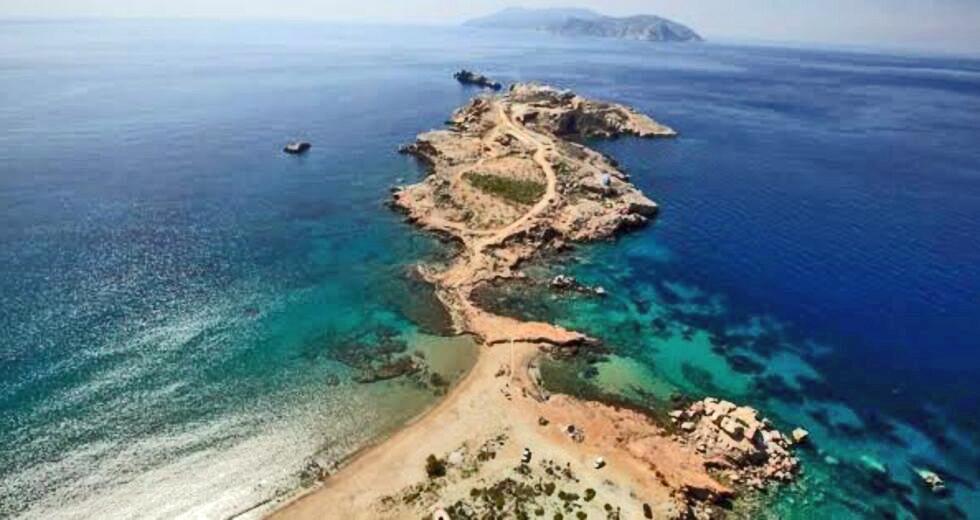 Even the coronavirus could not stop the arbitrariness in Ios (6/12/2020) - The situation in Ios is out of control, where illegalities and corruption are not understood by laws or pandemics. While almost all citizens remained locked in their homes during the period of restrictive measures, certain business interests found the opportunity to continue urban arbitrariness for years. Are these "bold policies for the protection of the environment", as proclaimed by Prime… Read more

Brake on the destruction of Ios (12/9/2019) - The European Court of Justice rejects the accusations of the businessman who wants to build a five-star tourist complex on the beaches of the island, calling on the CoC to examine the substance of the appeal for environmental violations. The environmental licensing of a huge, complex tourist accommodation in Io is in the air after a recent decision of the… Read more 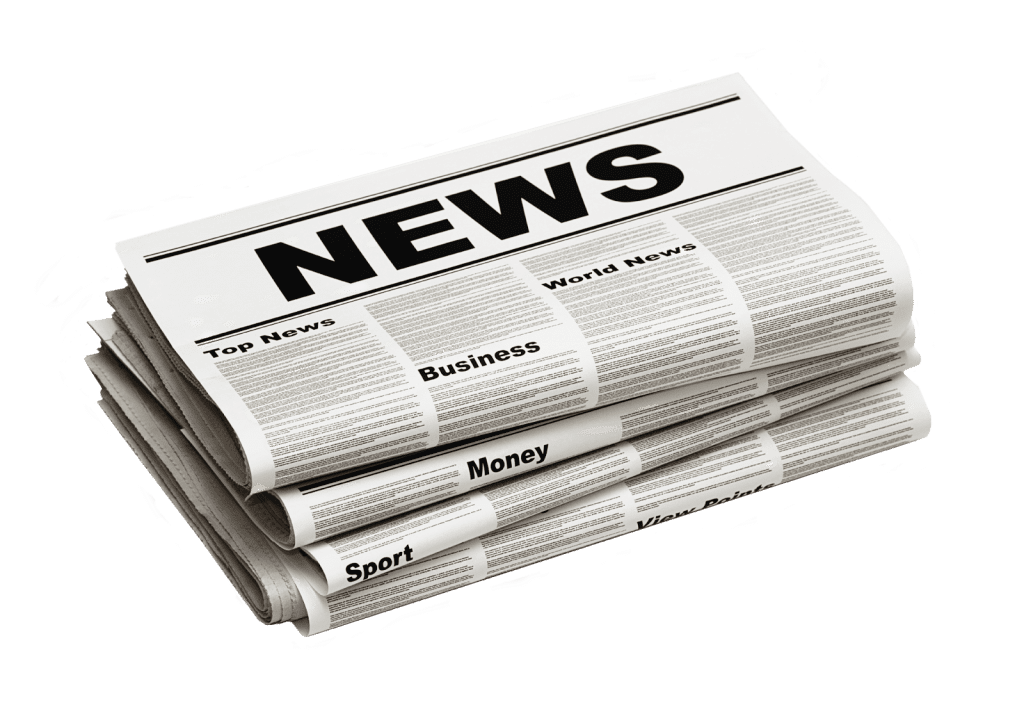 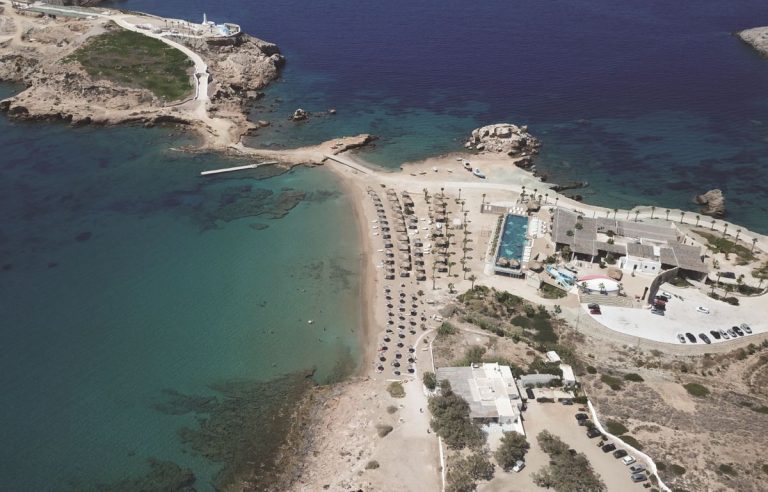 PREREQUISITE: ACCESS TO ALL BEACHES (9/30/2018) - Article from IOS newspaper, issue 306 - July, August, September 2018 ONLY REQUEST: ACCESS TO ALL BEACHES Tourism in Greece and especially in Nio remains a healthy sector of the economy and is constantly growing. Both the economic recovery of the country and the future of the island are based on its development. The prospects for the summer of 2018… Read more

CONFIRMED VIOLATIONS OF ENVIRONMENTAL LEGISLATION IN IOS (9/19/2017) - article from EFSYN newspaper on Ios island environmental violations 11.09.2017 - EFSYN Author: Stergios Ziambakas The environmental inspectors confirmed the pile of violations of the environmental legislation, as well as the environmental conditions and permits that had been issued for the project of the five-star tourist accommodation in the area of ​​Koumbara-Diakofto of Ios. The case of the controversial project… Read more

HELLAS THE LAND OF “ALMOST” SETS FOOT ON IOS ISLAND (12/31/2016) - Article of IOS newspaper of Syllogos Iiton, issue nr 298 - December 2016 November should be considered the month of "tsabouka", of innocence and the reward of any arbitrariness. Draw examples from this year: Laboratory for the construction of "Molotov cocktails" and other explosives in the Guinness building inside the Polytechnic, stone war, tear gas and "melee battle" on the… Read more